An interview with Lee Ward, Director of Music

We asked Lee Ward to give us some insight into the choir at Liverpool Cathedral, and his role as Director of Music. The choir is taking part in our 366th Festival Service from St Paul's Cathedral, available from 6pm on 11 May 2021.

The choristers, both girls and boys, come from many different state schools across Liverpool and the diocese. Over the years, our choir has built a strong reputation; performing at numerous special services, concerts, broadcasts and recordings. The choir has toured extensively including some very successful recent concert tours to the USA, Malta, Germany and Portugal. The boys and girls of the choir sing most of the choral services six days a week.

Over its life span, the choir membership has included more than 2000 boys and a growing number of girls, many of whom have gone on to eminent careers including doctors, lawyers, composers, organists and directors of music. The choir has worked with many famous musicians, including former Beatle Sir Paul McCartney who, despite having failed his audition for the choir in the 1950s, returned to the Cathedral to collaborate with the choir several times - most notably in performances of the ‘Liverpool Oratorio’ and 'Ecce Cor Meum'.

The Cathedral Choir was founded when the Diocese of Liverpool was founded in 1880 and the Parish Church of Saint Peter became the first Cathedral of the Diocese. In 1904 work began on Giles Gilbert Scott’s great new Cathedral and in 1910 the first portion, the Lady Chapel, came into full use. Regular choral services in the new Cathedral, sung by a choir of boys and men began.

They sustained daily worship in the Cathedral Lady Chapel for the next fourteen years, until the first bay of the main Cathedral was completed in 1924. Daily choral services were maintained until the outbreak of the Second World War, at which time the number of choral services was reduced. The pattern of choral services six days a week was re-established with the boys and Lay Clerks singing each day apart from Wednesday. In September 2003, to mark the centenary of Scott’s Cathedral in 2004, the girls’ choir was founded. Since 2020, the choir´s adult singers now comprise six Choral Scholars and six Vicars Choral. 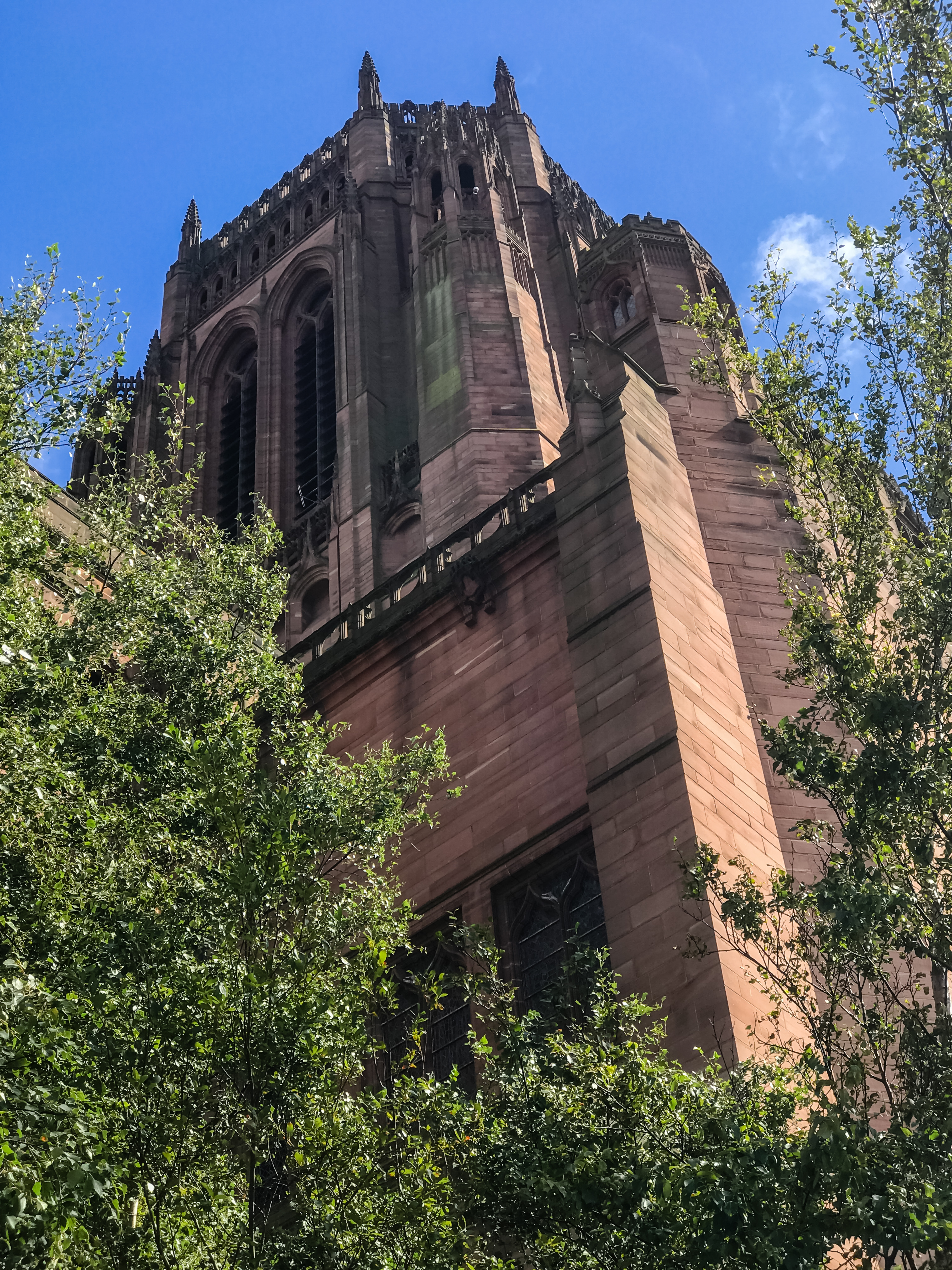 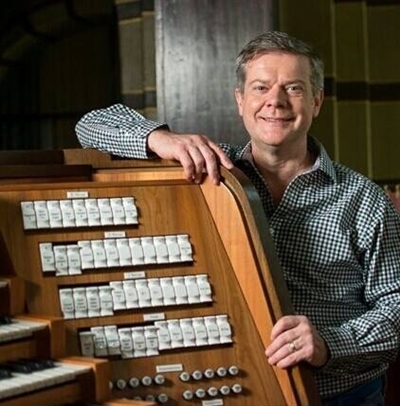 I was a treble in my local parish church choir from the age of 7 and then attended worship at both of Liverpool's cathedrals to listen to their choirs and organ. The two organs at my school established a further love of church music and I was appointed Assistant Organist at Chester´s Cathedral at the age of 18.

In 2019 we hosted two choristers from most of the country´s cathedrals and collegiate foundations as part of the Friends of Cathedral Music Diamond fund. The singers joined our choir and that of the Metropolitan Cathedral in a splendid concert in Liverpool Cathedral. The choristers really enjoyed meeting similar singers from all over the country and also the Duchess of Gloucester, John Rutter and Stephen Cleobury.

The choristers come from many different state schools around the city and beyond. This means that they seem to really value their friendships within the choir and there is no baggage from school day arguments or pressures. They are very normal Liverpool children but with special gifts for singing. It is very much a choir family and the support of parents and friends is very important to the choir's success.

How does choral music fit into the life of Liverpool cathedral?

There are seven sung services per week sung either by the Great Choir (boys, girls and back row), Boys and adults, Girls and adults, the Choral Scholars, The Vicars Choral or trebles only. They perform regular concerts and short recitals and sing in the Diocese each term. We enjoy frequent collaboration with the Royal Liverpool Philharmonic Orchestra and also with our Catholic friends at the Metropolitan Cathedral.

We were very sorry to miss out on visiting St Paul´s in 2020 and so were privileged to be asked to take part in this virtual service in support of such an excellent charity. Working with two of London´s finest choirs was also a real thrill. 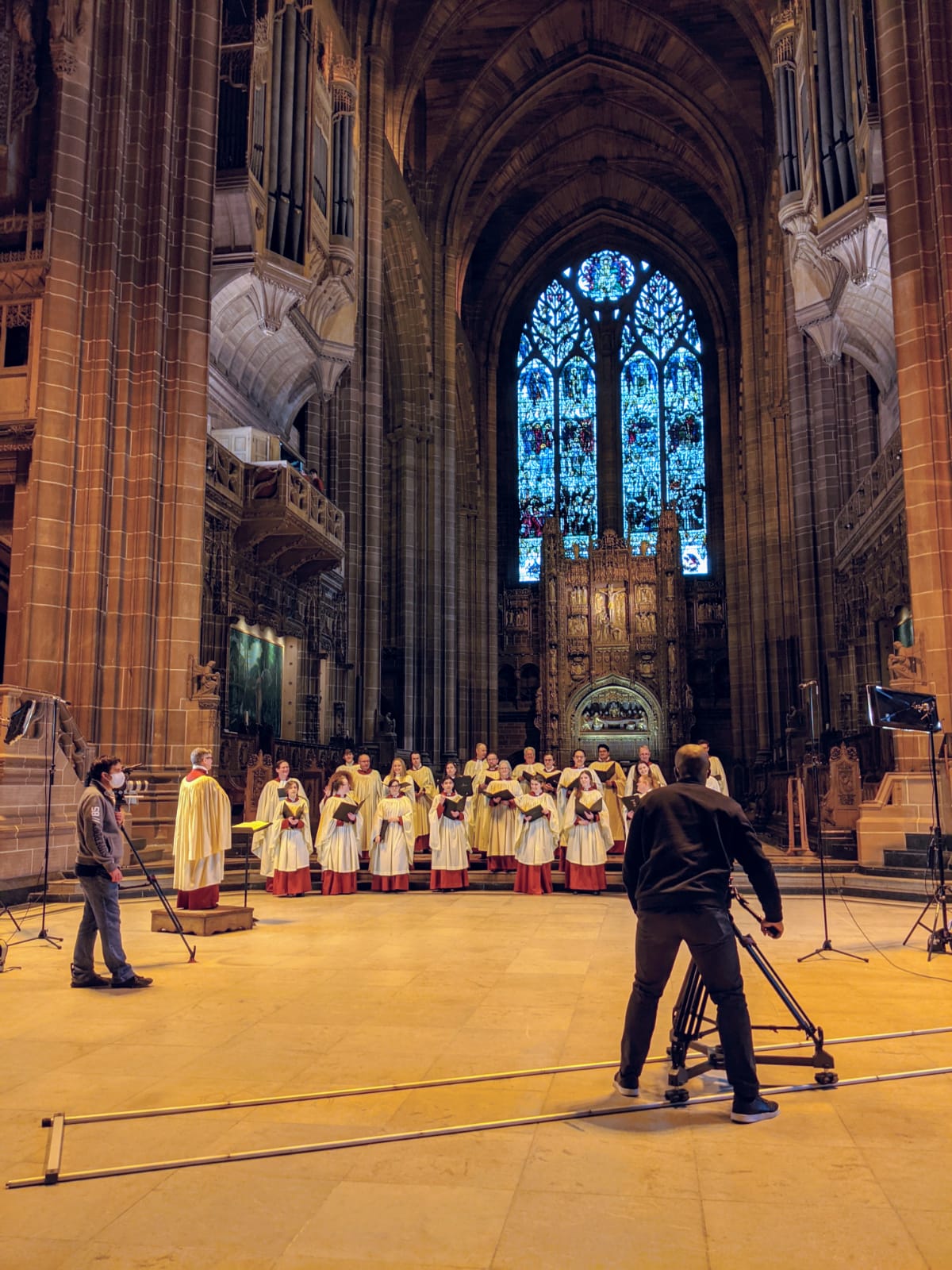 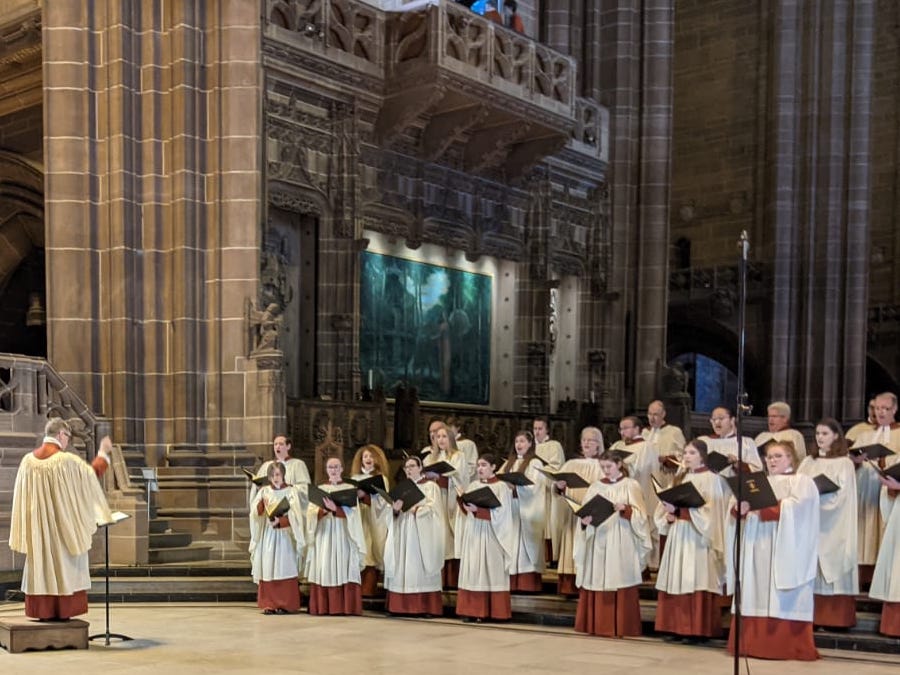 Liverpool Cathedral's choir at the Festival

Liverpool's choir will be singing their anthem O clap your hands at our 366th Festival Service and the joint hymn All my hope on God is founded with the cathedral choirs of Southwark and St Paul's.