The charity now known as Clergy Support Trust (formerly Sons & Friends of the Clergy) is in fact an amalgamation over time of six Anglican clergy support organisations. The first of these, the Corporation of the Sons of the Clergy, was founded in 1655 by a group of sons of clergy to support destitute clergy during the time of Oliver Cromwell. In 1678 the organisation, by then known as the Governours of the Charity for Releefe of the Poor Widdowes and Children of Clergymen, received a Royal Charter from Charles II.

1649 - The Commonwealth of England

England is ruled as a republic following the end of the second English civil war and the trial and execution of King Charles I in 1649. Persecution of the clergy who had remained loyal to the Crown and the traditional form of religious servivce was widespread, with many being deprived of their livings by Oliver Cromwell. 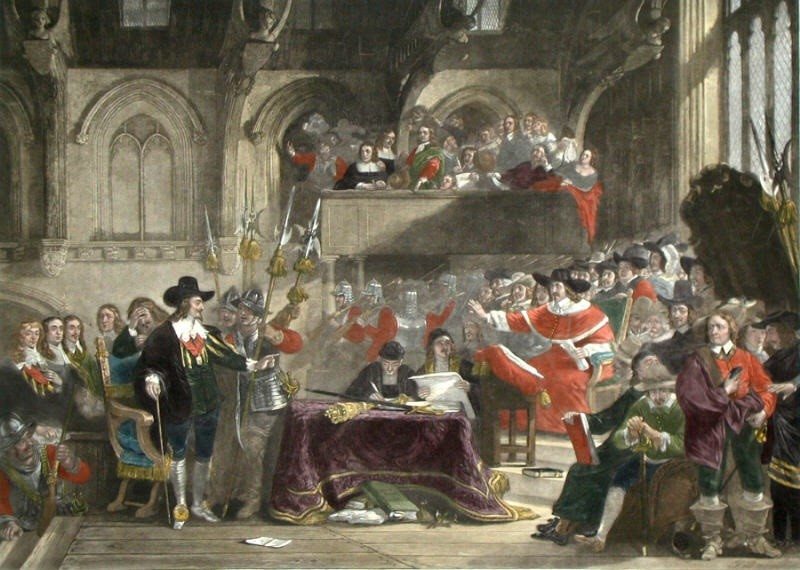 1655 - The Corporation of the Sons of the Clergy

The Corporation was founded by a group of merchants in the City of London and a group of sons of clergymen (hence the name) who wanted to help destitute clergy and their families. They met for the first time at Old St Paul's Cathedral for a service of worship followed by a dinner at Merchant Taylors' Hall on 8 November 1655. This was the first ever 'Festival' of the Corporation.

Picture: Old St Paul's Cathedral before it was destroyed in the Great Fire of 1666. 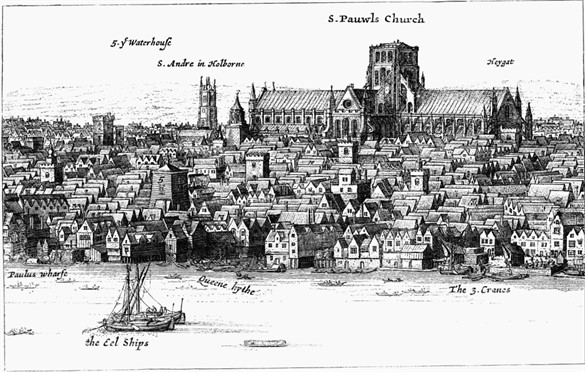 Following the death of Oliver Cromwell in 1658 and the failure of the Protectorate under his son Richard, the son of Charles I is restored to the throne as King Charles II in May 1660. The Church is re-established, although not all sequestered clergy are readmitted to their livings. 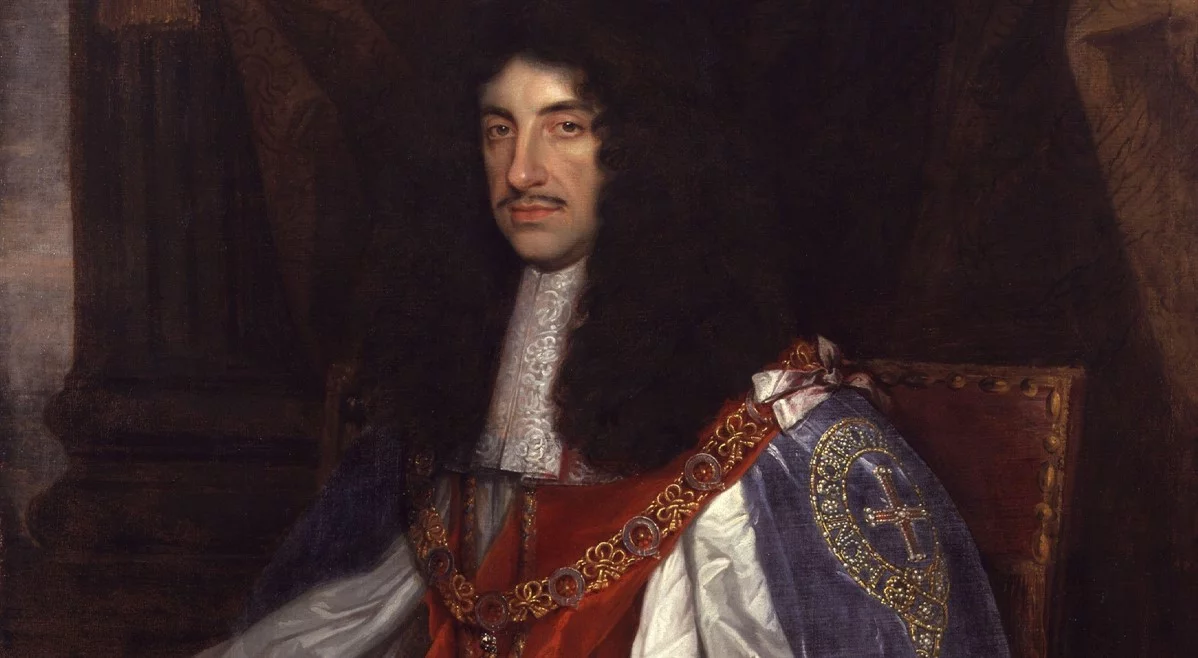 On 1 July 1678 Charles II granted the charity a Royal Charter. It introduced the ‘Court of Assistants’ to oversee the administration of the ‘Charity for Releefe of the Poor Widdowes and Children of Clergymen’ (although the charity was commonly known as The Sons of the Clergy). The first President was John Dolben, Bishop of Rochester and Dean of Westminster, while the first Vice-President was Sir Christopher Wren, whose father was a clergyman. 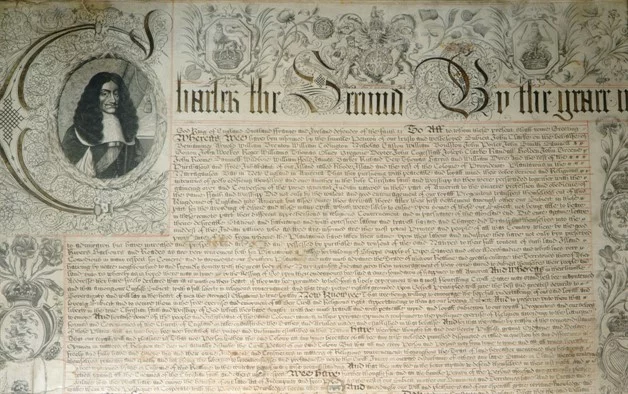 The Clergy Orphan Society was founded to maintain and educate the orphaned (ie fatherless) children of both sexes of Anglican clergymen, 'until of age to be put to apprentice'. Subscribers to its funds included King George III and his aunt Princess Amelia. Initially, the charity paid for children to be educated at existing schools: the first pupil, John Pyrke, was sent to a school in Thirsk, Yorkshire, in May 1751. The Society later established its own school at Acton, Middlesex.

The Clergy Orphan Society, having begun to run its own school, was reconstituted as the Clergy Orphan Corporation. Three years later the School moved to new purpose-built premises on six acres of land on what is now the Nursery End at Lord's Cricket Ground in St John's Wood. The final cost of the school was £14,797, of which £12,234 was raised by public subscription. In 1814 Thomas Lord was granted land on the same estate and he opened a cricket ground next to the school. 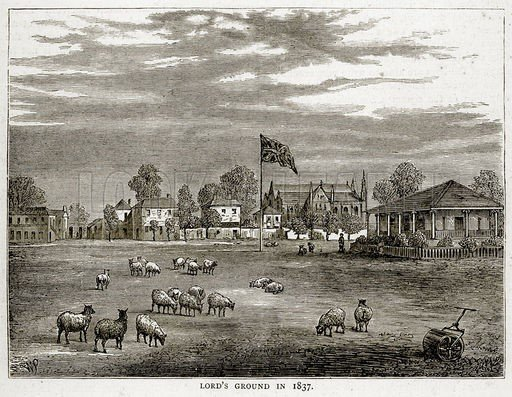 1820 – Clothing Society for the Benefit of Poor Pious Clergymen

Mary Lamb and Phyllis Peyton started to collect clothing to deliver to twelve clergy families in their neighbourhood in Leicestershire. Within a few years their ‘Clothing Society for the Benefit of Poor Pious Clergymen’ was collecting clothing from a wide area and even bringing bales of clothing from London by canal boat. 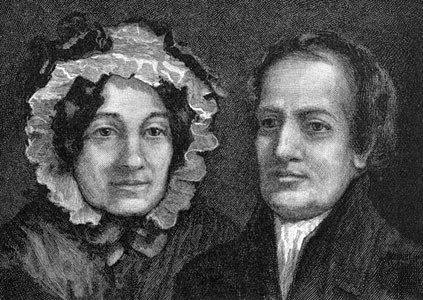 1849 – Friend of the Clergy Corporation

The Friend of the Clergy Corporation was established 'for the purpose of providing permanent pensions for the widows and orphan unmarried daughters of clergymen of the established Church of England and Ireland, and for the purpose of affording temporary assistance to necessitous clergymen of such church and their families'. It received a Royal Charter from Queen Victoria in 1854.

Picture: Facsimile of The Morning Post for 26 November 1855 advertising an 'election of pensioners' by the Friend of the Clergy Corporation, to take place in Bishopsgate on 27 November 1855. 'Four ladies will be placed on the funds'. 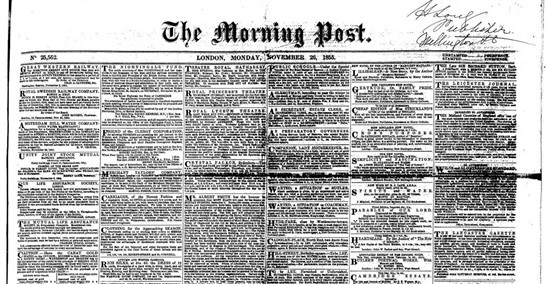 The Poor Clergy Relief Society was established in 1856 by the Revd W G Jervis, a curate in Kingston, Surrey. Its purpose was to make monetary grants to ‘impecunious’ clergy, many of whom were struggling on low incomes. This was a  challenge to the Sons of the Clergy and the Friend of the Clergy Corporation, whose main focus was to support the widows and children of clergy, not clergy themsleves. The charity was incorporated by Royal Charter in 1867.

The Curates Augmentation Fund was established to provide extra income for those clergy in long-term curacies (longer than 15 years), often in slum or difficult parishes. This supplemented some limited assistance already provided to High Church curates by the Additional Curates Society (established in 1837) and to Low Church curates by the Church Pastoral Aid Society (established in 1836), both of which still exist today.

Picture: the cartoon published in the magazine Punch on 9 November 1895 which gave rise to the phrase 'curate's egg'. A timid-looking curate is eating breakfast at his bishop's house. The bishop says: "I'm afraid you've got a bad egg, Mr Jones." The curate, desperate not to offend his host and ultimate employer, replies: "Oh no, my Lord, I assure you that parts of it are excellent!" 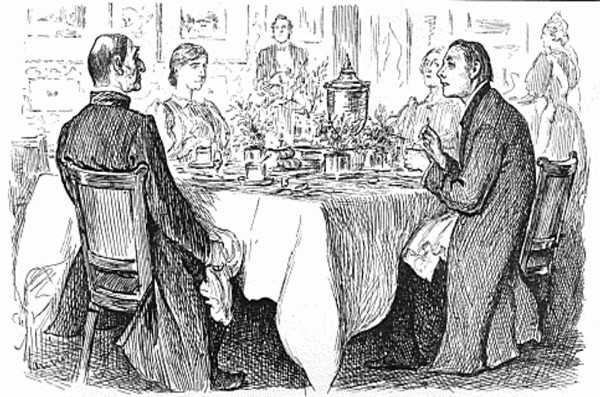 The Clothing Society for the Benefit of Poor Pious Clergymen established in 1820 was renamed the ‘Poor Parochial Clergy Society’. At this point the charity was taking 2,500 boxes and parcels a year to more than 250 clergy families. This work was later taken over by the Poor Clergy Relief Corporation, which had its offices at 38 Tavistock Place in London, and continued in this form until 1969, when the provision of clothing and goods was replaced by monetary grants.

Picture: text of a letter about the Poor Clergy Relief Corporation which appeared in The Church Times on 1 December 1916. 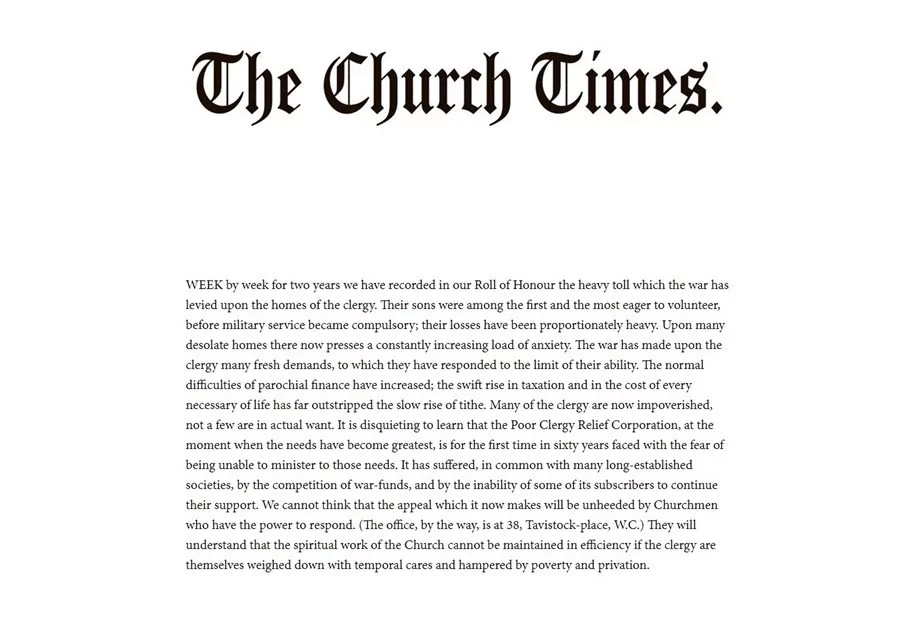 1972 – Friends of the Clergy Corporation

The Friend of the Clergy Corporation and the Poor Clergy Relief Corporation amalgamated to form the Friends of the Clergy Corporation, which was established by Act of Parliament dated 27 July 1972. The charity's purpose was 'to provide financial and other assistance to the Clergy of the Anglican Communion, and any widow, child or other dependant (whether married or unmarried) of any such persons, who may be in financial necessity or distress, wherever they may be'.

The Clergy Orphan Corporation, which had been running two schools (St Edmund's Canterbury for boys, and St Margaret’s Bushey for girls), made both schools independent. This was because only a handful of pupils were now clergy orphans (known as 'Foundationers') and the schools needed greater powers to borrow money for new school building projects. The Corporation of the Sons of the Clergy then became sole trustee of the Clergy Orphan Corporation, assuming responsibility for its remaining administration and work. 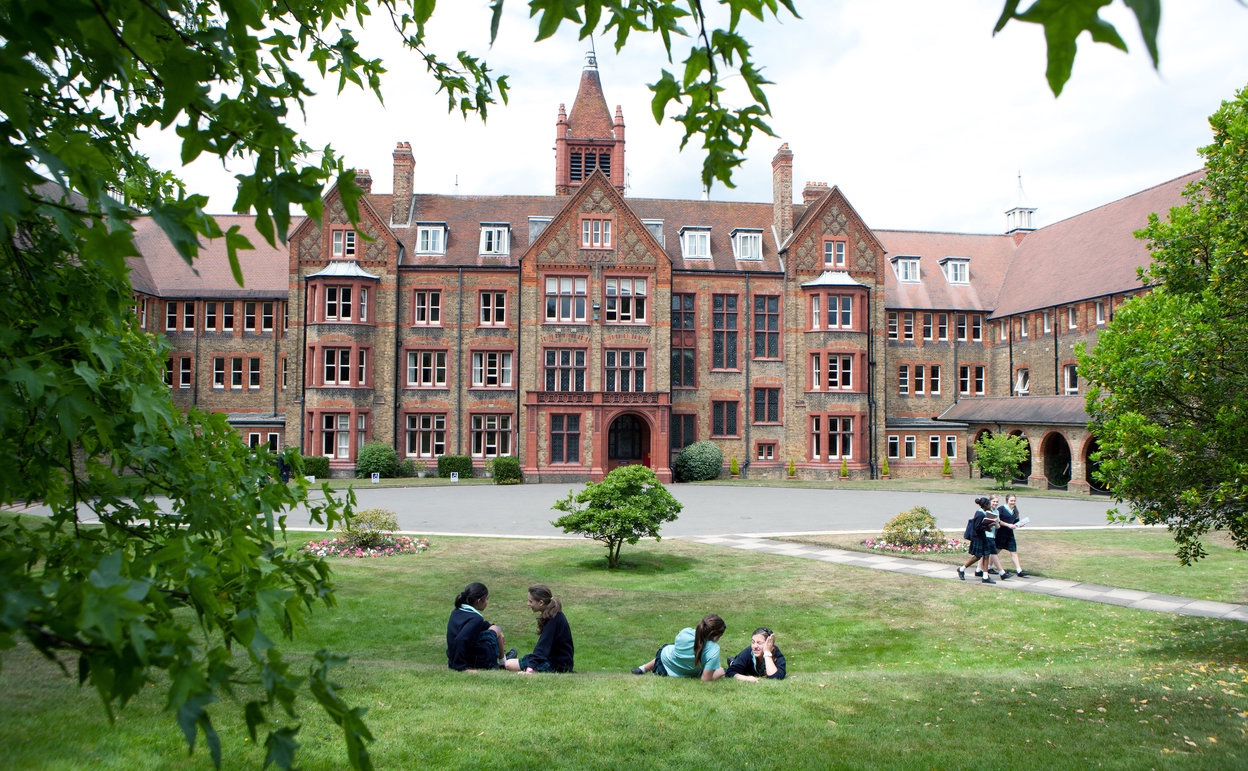 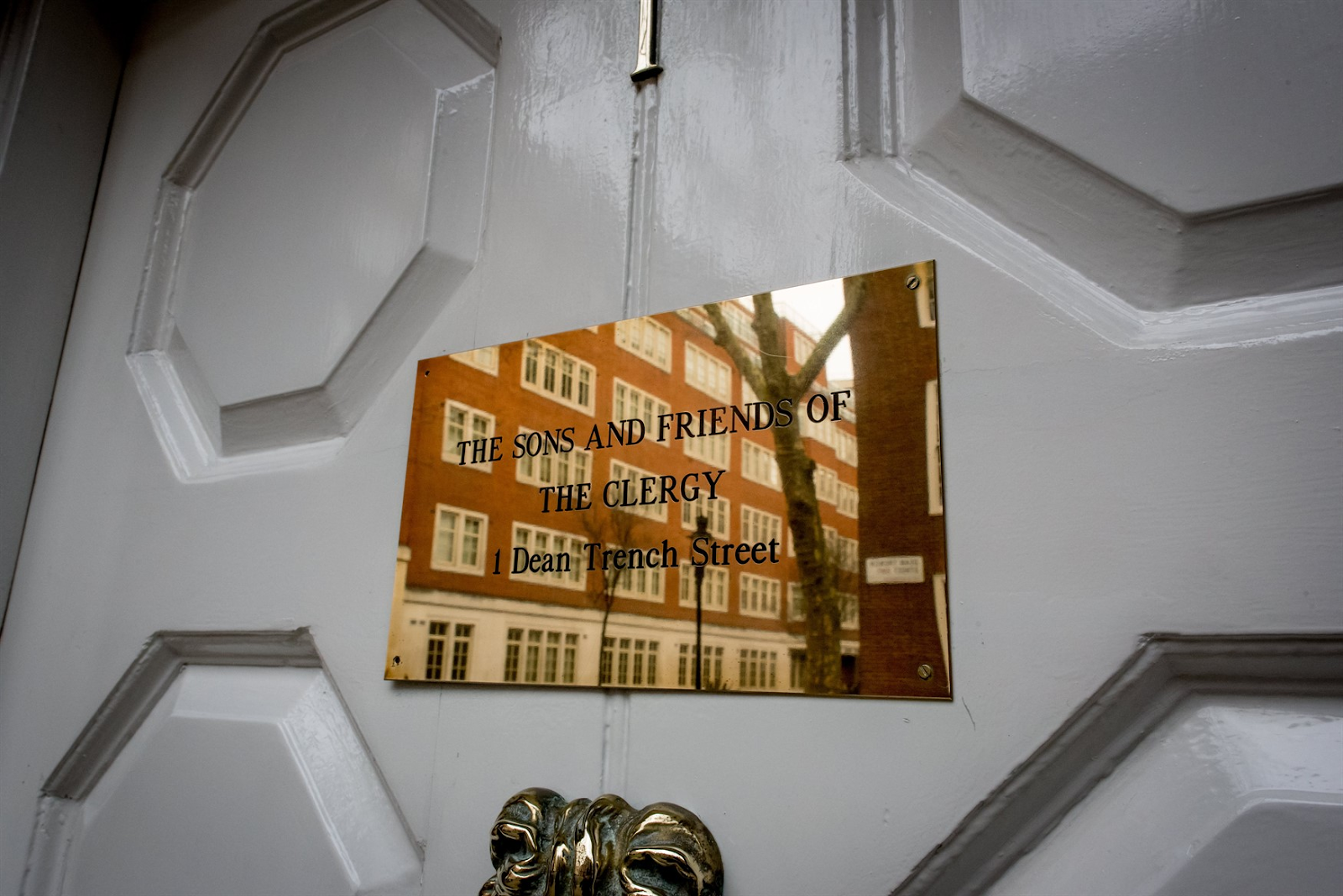 In November 2017 HM The Queen, the charity's Patron, approved an Order in Council to amend the Royal Charter objects, to include (in addition to the relief or prevention of poverty or hardship, and the relief of illness) 'the promotion of health' among Anglican clergy and their families. This coincided with increased interest in clergy health and wellbeing within the Church of England and wider Anglican Communion. The Royal Charter was completely updated (but the objects unchanged) by a further Order in Council in February 2020. 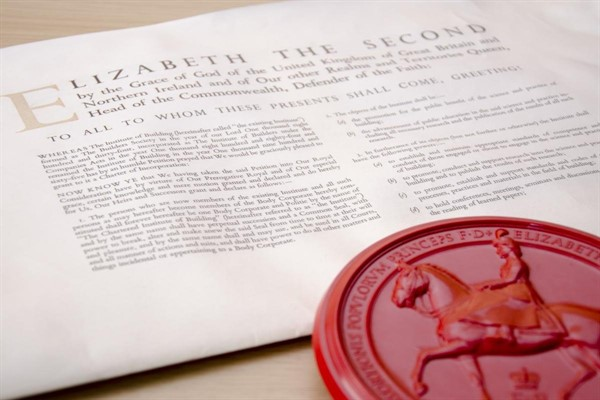 In March 2019 the charity changed its working name to Clergy Support Trust. The change came in response to overwhelming feedback from the charity’s beneficiaries, many of whom said they were confused by the old name, which suggested that we only supported clergy sons, or serving male clergy. A survey of over 1,200 beneficiaries in September 2018 had shown that only 27% of respondents rated our existing name as good or excellent, while almost two-thirds of respondents (and 79% of women) thought the idea of changing our name was good or excellent. There was a very positive reaction to options including ‘Clergy Support’ in the name. 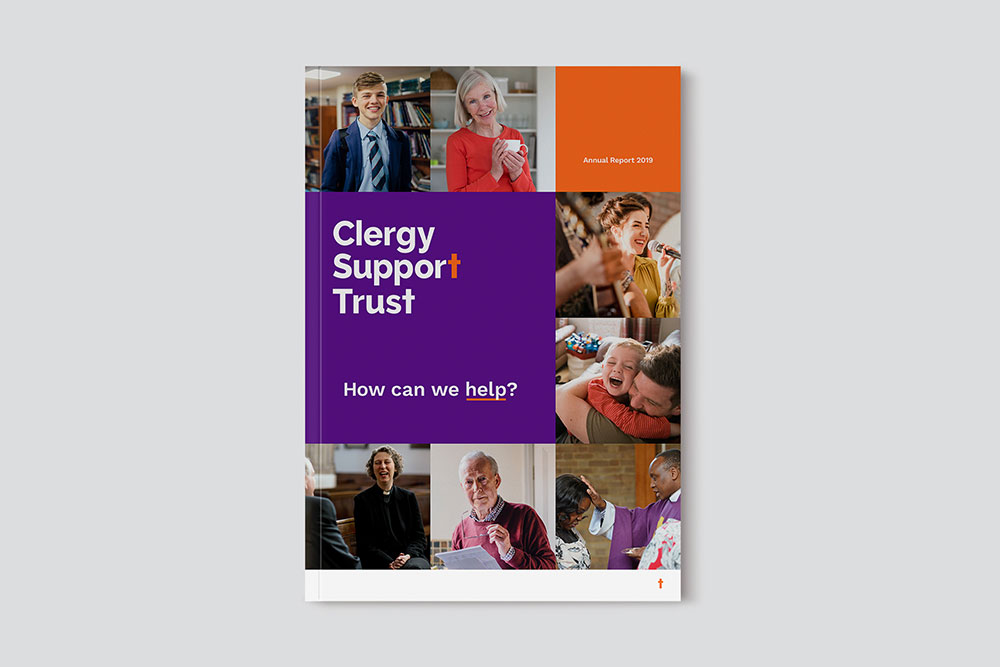