Sons & Friends of the Clergy

In March 2019 the charity changed its working name to Clergy Support Trust.

In September 2018 we consulted over 1,200 stakeholders, many of them beneficiaries of the charity, on whether we should change our name, and on possible alternatives which would better communicate our charitable purpose. Our key goal was to see if we could find a name that made us more relevant and accessible to today’s serving Anglican clergy, almost a third of whom are women.

Continue to our homepage 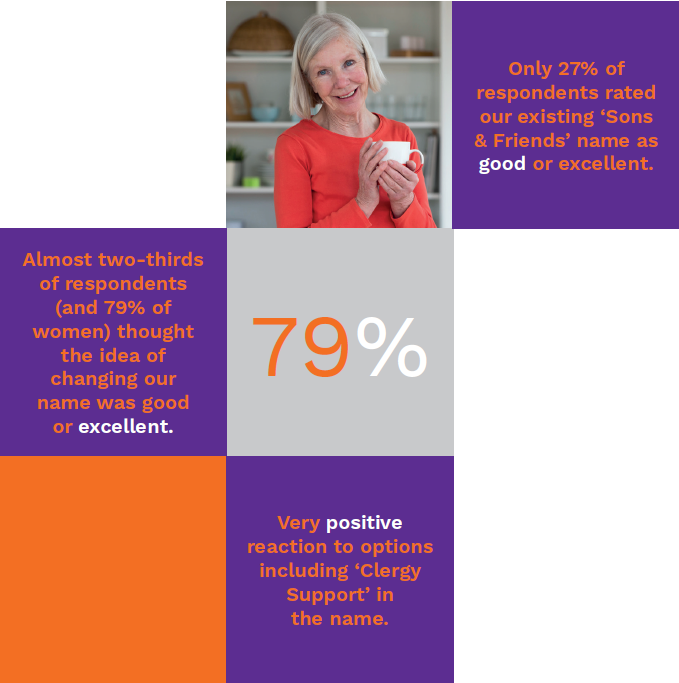